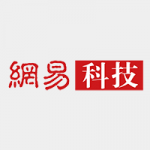 Chinese e-commerce juggernaut Alibaba is looking west. Central to that plan is Alipay, the payments company that Alibaba BABA -1.16% created and later spun off.

Alipay is a digital wallet that shoppers — most of them in China — use to buy products online, on their phones, and even in-stores. With 350 million registered users, it is almost triple the size of its US rival, PayPal.

Jingming Li, president of Alipay’s US parent, Ant Financial, is now responsible for expanding it to US retailers. Li is a Silicon Valley veteran, having held senior engineering positions at Sun Microsystem and Netscape.

Alipay is a phenomenon that is difficult to fathom outside of China. For example, in November, on China’s version of Black Friday, Alipay handled a record $9.3 billion in transactions.

Alipay’s push into the US is part of a broader effort by Alibaba’s founder, Jack Ma, to make inroads outside of China. During a trip to the US last week, Ma talked about how he wants to help US retailers and small businesses sell to the fast growing Chinese middle class, which is already equal in the size of the entire US population and is expected to double in seven years.

Fortune sat down with Li to talk about Alipay’s US ambitions, the company’s partnership with taxi service Uber to accept payments through Alipay, and Alipay’s potential future as a public company.

(This interview was edited for length and clarity)

Most people would refer to Alipay as a wallet for your digital life. It’s really a mobile or web app that helps you do everything you need to do financially including purchasing an item online, or buying a plane ticket online or even paying your electricity bill. And it even goes into offline, with physical stores in China able to accept Alipay. It’s not purely a financial tool, it’s designed to help your lifestyle.

How is it different from some of the other digital wallets out there such as PayPal?

One of the major differences is relevance. If you ask ten people how many times during the day you will use PayPal, I don’t know what the answer would be. But in China, it is very rare for anyone to say that they don ‘t use Alipay for anything in a given day. ​​With Alipay, you could leave the house with just your cell phone and no cash or cards, and chances are you will survive.

How does Alipay approaches offline payments?

We work with NFC payments [NFC is a technology that lets people pay for an item using their phone by touching it to a rea​​der at a the cash register]. We have some proprietary technologies in some stores that use sound to transfer user ID and payments information wirelessly. We also use barcode scanning to authenticate users.

I think in the future, there will be the convergence of payments both online and offline using mobile. There will be no difference in the way you pay online and in stores. Alipay will continue to work on this.

How many users does Alipay have?

You’ve achieved that scale in a relatively short amount of time, how?

We were at the right time in technology. There wasn’t a lot of infrastructure to begin with. Alipay really solved a problem for Chinese consumers. For example, before Alipay, if a Chinese consumer wanted to pay a utility bill, they would have to wait in line at a bank. With Alipay, they can pay the bills using their mobile phone.

How does the US market fit into Alipay and its growth?

We see the eagerness from Chinese consumers to buy American products. And we see a lot of value in allowing big and small US businesses sell their products to Alipay members. Right now there is a lot of demand, and the US is on the merchant side of things. It can be visa versa someday, but not now. US merchants are a very important part of the ecosystem. Last year we brought on Macy’s and Saks Fifth Avenue to sell to Chinese consumers.

Tell me about the Uber China partnership

This year we also worked with Uber in China. And it is one of the key reasons why Uber is getting so successful in China.

[Last week, a memo from Uber CEO Travis Kalanick to potential investors leaked that revealed that Uber now counts 1 million rides a day in China and plans to expand to 50 more cities in the next year from 11 cities. Additionally, the number of Uber trips in China have doubled monthly since the beginning of 2015.]

A representative for Uber issued this comment to Fortune on Uber’s partnership with Alipay: “We have seen phenomenal growth for Uber in China and Alipay is one of the key reasons for such a success.”

How was Alipay a driver of growth for Uber?

Once you have Alipay in your app or website in China, it represents trust — meaning people will be more willing to use a service. It’s a great driver for customer acquisition. We also have our marketing team working with them as well to get the message out.

Does Alipay also power payments for any of Uber’s competitors in China?

It’s not an exclusive agreement.

Who are some of the recent US retailers that we would know that have now integrated Alipay as a payment mechanism?

What’s your pitch to US brands?

Pretty much every Chinese consumer who wants to buy online is an Alipay member. And it represents a great opportunity. In a matter of a year or two, we will have 400 million users. If you have an online presence like Macy’s, it’s really about payments and logistics to be solved, which we help with. There’s no reason why you wouldn’t want to sell to 350 million members, which is bigger than the US population in general.

How do you prevent payments fraud?

A secure system is a fundamental necessity for any payment system. So we are relying on our own homegrown proprietary systems that have been tried and developed for the past 12 years. We have so much data from our consumers, including bank account information, cell phones , home address, so our fraud level is very low. Also, we don’t have credit cards, and users only link debit cards and banking accounts, basically making us an electronic cash based system. You can think of us a big, gigantic bank.

Why did you decide to make Alipay its own company separate from Alibaba?

It was due to Chinese government recommendations.

Could Alipay be a public company and when will that happen?

Of course, I think there’s definitely potential to be a public company there, it’s no secret. I can’t comment on when that will happen.

Where does Alipay’s revenue come from?

Yeah, the financial model it is very similar to any other payment company. We charge fees to merchants. And certain consumer services are not free. As we become a public company we will release that information but Alipay is currently a very profitable business.